Ninette de Valois was born as Edris Stannus on 6 June 1898 at Baltyboys House, an 18th-century manor house near the town of Blessington, County Wicklow, Ireland, then still part of the United Kingdom, the second daughter of Lieutenant Colonel Thomas Stannus DSO, a British Army officer, by his marriage to Elizabeth Graydon Smith, a distinguished glassmaker known as “Lilith Stannus”. She moved in 1905 to England to live with her grandmother in Kent.

The young Edris Stannus started attending ballet lessons in 1908, at the age of ten, and at the age of thirteen she began her professional training at the Lila Field Academy for Children. It was at this time that she changed her name to Ninette de Valois and made her professional debut as a principal dancer in pantomime at the Lyceum Theatre in the West End. In 1919, at the age of 21, she was appointed principal dancer of the Beecham Opera, which was then the resident opera company at the Royal Opera House. She continued to study ballet with notable teachers, including Edouard Espinosa, Enrico Cecchetti and Nicholas Legat.

In 1923, Valois joined the Ballets Russes, a renowned ballet company founded by the Russian impresario Sergei Diaghilev. She remained with the company for three years, being promoted to the rank of Soloist, and creating roles in some of the company’s most famous ballets, including Les biches and Le Train Bleu. During this time, she was also mentor to Alicia Markova who was only a child at the time, but would eventually be recognised as a Prima Ballerina Assoluta and one of the most famous English dancers of all time. Later in her life, Ninette de Valois claimed that everything she knew about how to run a ballet company she learned from working with Diaghilev.

After leaving the Ballets Russes, in 1927, Valois established the Academy of Choreographic Art, a dance school for girls in London and the Abbey Theatre School of Ballet, Dublin. In London, her ultimate goal was to form a repertory ballet company, with dancers drawn from the school and trained in a uniquely British style of ballet. Students of the school were given professional stage experience performing in opera and plays staged at the Old Vic Theatre, with Valois choreographing several short ballets for the theatre. Lilian Baylis was the owner of the Old Vic at that time, and in 1928 she also acquired and refurbished the Sadler’s Wells Theatre, with the intention of creating a sister theatre to the Old Vic. She employed Valois to stage full scale dance productions at both theatres and when the Sadler’s Wells theatre re-opened in 1931, Valois moved her school into studios there, under the new name, the Sadler’s Wells Ballet School. A ballet company was also formed, known as the Vic-Wells Ballet. The Vic-Wells ballet company and school would be the predecessors of today’s Royal Ballet, Birmingham Royal Ballet and Royal Ballet School.

From November 1927 to July 1933, Ninette de Valois was responsible for the setting up and the programming of the Abbey Theatre School of Ballet in Dublin, at the request of W. B. Yeats, one of the founders of the Abbey Theatre. During these years she produced a number of ballets each year, mostly to her own choreography. She also worked with music especially commissioned from Irish contemporary composers such as Harold R. White’s The Faun (April 1928), Arthur Duff’s The Drinking Horn and John F. Larchet’s Bluebeard (both in July 1933).

In 1935, she married Dr Arthur Blackall Connell (1902 – 1987), an English surgeon. She was his second wife. The union was childless, but Valois had two step-sons, including Dr David Blackall Connell (born 1930), who, in 1955, married Susan Jean Carnegie, a daughter of John Carnegie, 12th Earl of Northesk; they had two sons and a daughter.

In April 1964 she was the subject of This Is Your Life, when she was surprised by Eamonn Andrews at the home of the dancer Frederick Ashton in London. She continued to make public appearances until her death in London at the age of 102.

She is commemorated in her native Blessington, Ireland through a plaque as part of the Blessington Heritage Trail, and the initiation of an annual festival – Invitation to the Dance – inaugurated in 2018. 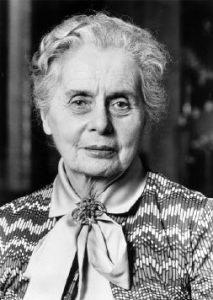 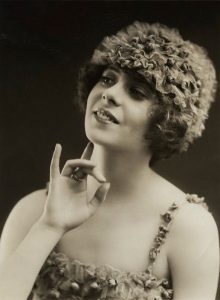 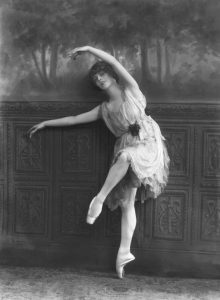 Highlights from the ‘Invitation to Dance’ Festival – 2018

The programme from our ‘Invitation to Dance’ Festival performance The Contented Ghose and be found here.